I Stand for Abortion 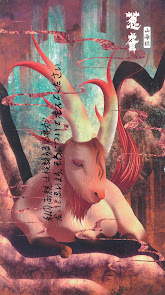 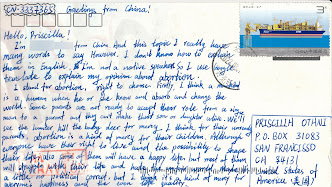 This card is from China. She used Google Translate to convey her perspectives on abortion.
According to Wikipedia:
Abortion in China is legal only in medically necessary cases. In the past virtually universal access to contraception, abortion was a common way for China to contain its population in accordance with its now-defunct one-child policy, which was removed in 2015 in favor of a two-child policy, which in turn was replaced in 2021 by a three-child policy. China has prohibited abortion in non-medically necessary cases, making it mandatory for a woman to present medical reasons for abortion.